The Commission has proposed today an ambitious reform of the digital space, a comprehensive set of new rules for all digital services, including social media, online market places, and other online platforms that operate in the European Union: the Di

(CNN Business) "Dozens of states and the federal government sued Facebook (FB) on Wednesday in twin antitrust lawsuits, alleging that the social media giant has abused its dominance in the digital marketplace and engaged in anticompetitive behavior.

A dedicated Digital Markets Unit will be set up to introduce and enforce a new code to govern the behaviour of platforms that currently dominate the market, such as Google and Facebook.

Dagmara Szulce, global Managing Director for the International Advertising Association and Kinga Incze, Founder and CEO of Mediaspace.global formed a strategic alliance on a Zoom call on the 16 Sept 2020. The partnership begins with the global IAA co

"Google has long had a frenemy position with regards to the world of news: It can direct a lot of traffic to online publishers, but that’s only if people bother to click on links after getting the gist of the story from Google itself (and that’s befo

"Just days after Facebook (NASDAQ:FB) doubled down on its social commerce ambitions by launching a shopping tab on its main app, Walmart (NYSE:WMT) surprised everyone by partnering with Microsoft (NASDAQ:MSFT) to bid for TikTok.

On the surface, Walma

The Competition and Markets Authority, which today [

"Beginning today, Facebook users in the U.S. will have the option to “turn off” all political advertising on the platform. The company made the controversial decision not to fact-check or otherwise moderate political ads last year, but the new featur

"As consumer demand for brands to step up increases, we’re calling on the industry and our client base to take a moment for self-reflection: are we holding our

The New York Times will no longer use 3rd-party data to target ads come 2021, executives tell Axios, and it is building out a proprietary first-party data platform.
Why it matters: Third-party data, which is collected from consumers on other websites

“The President’s Executive Order is the gravest assault on the right to free speech since the Nixon Administration, and an attempt to turn the open and advertising-supported internet into a political arm of the U.S. Government. It is a blatantly ille

'President Trump signed an executive order targeting the legal shield that internet companies rely on to protect them from liability for user-created content. That law, known as Section 230 of the Communications Decency Act, is essential to large soc

'If I was an advertiser, I would be asking my agency to help me:
Identify every player in the supply chain between me as advertiser and the end publisher.
Understand what each does, in layman's language.
Tabulate how much, how, and by whom each gets

'Groundbreaking study shines light on need for reform. A call for far-reaching reform of the programmatic advertising supply chain has been made today, with the publication of a groundbreaking study by the Incorporated Society of British Advertisers

France’s competition authority has ordered Google to negotiate with publishers to pay for reuse of snippets of their content — such as can be displayed in its News aggregation service or surfaced via Google Search.
The country was the first of the Eu 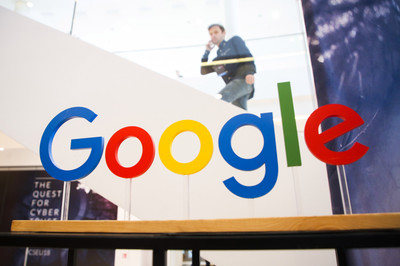 'France’s competition authority has ordered Google to negotiate with publishers to pay for reuse of snippets of their content — such as can be displayed in its News aggregation service or surfaced via Google Search.

The country was the first of the